* Please kindly note that our services can only be used to support research purposes (Not for clinical use).

Glycans are polyhydroxy aldehydes and ketone polymers formed by the condensation of 10 or more monosaccharides through glycosidic bonds. They are widely present in the cell membranes and cell walls of organisms such as animals, plants and microorganisms. They not only participate in cell recognition, various life activities such as growth, differentiation, metabolism, embryonic development, viral infection, canceration, immune response, and various physiological functions such as structural support, energy storage, defense, etc., are one of the four basic substances that constitute life. A large number of studies have shown that glycans have a variety of biological activities, including antitumor, antiviral, anticoagulant, antioxidant, hypoglycemic and immunomodulatory activities. Therefore, research on glycans is becoming more important. At present, the biological activity, structure analysis and structure-activity relationship of glycans have become the focus of glycan research, and they are also the point of common concern in the field of medicine and the food and health industry. 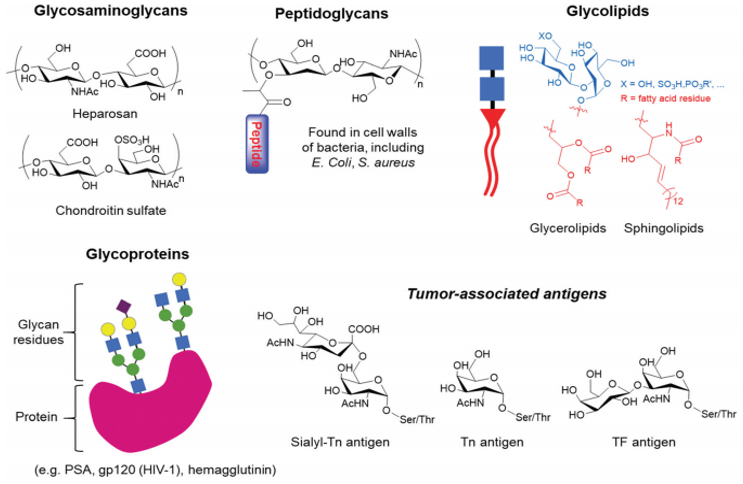 Fig. 1 Examples of glycans that can be found in nature, ranging from glycosaminoglycan polysaccharides to glycoconjugates, such as peptidoglycans, glycolipids and glycoproteins, which can bear tumour-associated antigens. (Tommasone, S., et al. 2019)