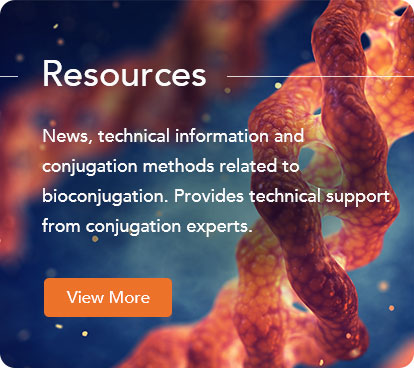 CuAAC is a simple reaction with good chemical selectivity and almost no by-products. Therefore, CuAAC has become the most popular research field in click chemistry.

First, the monovalent copper ion ligand is inserted into the terminal alkyne to generate the alkynyl-copper complex (a) with high reaction activity. Then, the electrophilic terminal N in the azide group attacks the nucleophilic C in the copper alkynyl compound to form a C-N bond, forming a copper hetero six membered ring (b) which is rearranged and transformed into the most critical intermediate 5-triazolyl copper (c). Finally, the 1,4-substituted triazole product (d) is produced by protonation. (Figure 1)[1] 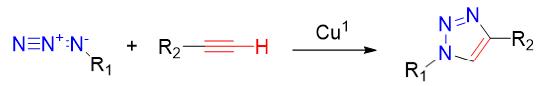 Fig. 1 The reaction mechanism of CuAAc

In the aspect of food application, 3-azido-7-hydroxycoumarin with weak fluorescence is reacted with the object to be tested by CuAAC to generate triazole coumarin with strong fluorescence, so as to realize the detection of propargyl fluoxamine in pesticide residues in vegetables and water samples.

In terms of metal ion detection, sodium ascorbate and divalent copper ions are used as catalysts to induce the 1,3-dipolar cycloaddition reaction of 3-azido-7-hydroxycoumarin with low fluorescence intensity and propargyl alcohol to generate triazole coumarin with strong fluorescence, thereby completing the detection of copper ions in blood.

In the field of biomolecular detection, such as detection of DNA mutation sequence, lysine and biological antibody alpha fetoprotein. The principle that CuAAC and copper nanoparticles can stably exist in the large groove of double stranded DNA can be used for the detection of mutant p53 DNA sequences. Hang biotin on one end of DNA probe, combine streptavidin magnetic beads with biotin, absorb complementary paired double stranded DNA with magnet, oxidize copper nanoparticles into divalent copper ions with HNO3 solution, and catalyze the reaction of 3-azido-7-hydroxycoumarin with azide compound with weak fluorescence together with ascorbic acid to generate strong fluorescent products, so as to complete the recognition of mutated p53 gene fragments. CuAAC can also be used to design a fluorescence immunosensor for detecting alpha fetoprotein, a marker of primary liver cancer. Taking advantage of the specificity of antibody and antigen, a sandwich structure is formed. The alpha fetoprotein antibody at one end is labeled with CuO nanoparticles. Under the action of hydrochloric acid, Cu ions are released. After reduction by ascorbic acid, CuAAC occurs, and compounds with high fluorescence intensity are generated to realize the detection of alpha fetoprotein antibody.